Reading Now
Everything you should know about good lighting

Everything you should know about good lighting

Good lighting is about creating functional lighting with multiple light sources, so as to avoid over-illumination and stress.

Lighting designer Øivind laatto has a keen sense for ergonomic lighting and the biology of light, which he has used to design lamps for, among others, Louis Poulsen, Le Klint and the Eurovision Song Contest.

Most recently, he has joined Shade, a company which will soon launch a new lighting concept where the lighting follows the day as it progresses.

“Everything begins with the sun. The sun is the most basic and essential source of light we know. The day, the sun stops shining is the day that we stop living,” explains Øivind Slaatto, who goes on to say:

“The Earth’s orbit around the sun, and its own rotation, creates the rhythm between day and night, summer and winter. “

Contrasts cause glare
According to Slaatto it is the very contrast between light and darkness that is the essence of what good lighting design and good lighting is all about.

“No matter what light source you have, it’s important that it does not cause glare. The interesting thing about glare is that it is not caused by the level of lighting. Glare is caused by the contrast between light and dark.”

We know this from cars that always have their lights on, but they don’t cause glare in daylight hours because there is plenty of light around.

“So it’s all about breaking the contrast between light and dark, to make the light comfortable.”

As an example, Øivind recommends taking inspiration from nature and creating light islands in your interior décor that imitate clearings in a forest.

Over-illumination causes stress
Nor should lighting be completely monotonous. A completely illuminated space removes all contrasts and shadows, which we humans use to determine distances and see what is important.

“It becomes a universe where it is difficult to get orientated, because there is no depth,” explains Øivind Slaatto.

He points to an exhibition with fully lit rooms by lighting artist James Turrell.

The museum guards can only be in the room for 20 minutes at a time because they become disorientated and dizzy.

In other words, good lighting is about creating functional lighting with multiple light sources, so as to avoid over-illumination and stress.

“The reason that it’s important to respect the light cycle is because in the morning we have high-frequency lighting that causes us to produce stress hormones that make it easier to wake up,” explains Øivind Slaatto.

During the day, daylight gives us energy, but it gets progressively warmer, and when the evening falls, the light dims to a lower frequency, which prepares our brain to relax, so we eventually can metabolize stress hormones in a good night’s sleep.

But if you brush your teeth in front of a blazing energy-saving light bulb or check your email on a smartphone without using night mode, you’re getting a full shot of morning light and tricking the body into believing that it’s morning, so it begins to produce stress hormones.

“Poul Henningsen believed that there should be five to seven points of light in each room,” says Øivind Slaatto, showing how light can be used to shape a space.

Among other examples, he refers to a Norwegian lighting experiment by lighting artist Daniel Rybakken, in which an LED panel positioned behind a curtain tricks the viewer into believing that there is a window behind the curtain.

The light coming in from the outside makes the room appear larger and more inviting.

Conversely, the room appears isolated and claustrophobic when the only source of light is a single lamp at the centre of the room.

The colourful lighting design of the future
Øivind Slaatto predicts a colorful future for lighting design, which has been made possible by digitisation and LED technology.

For his part, he is fully occupied with developing a new lighting concept in which the light can be set to different colors, strengths and directions.

“This will allow us to model the light to mimic morning light, midday light and evening light,” Øivind explains about the new concept, which has been given the name The Orb.

“With good lighting, we can enjoy both day and night, and get a good night’s sleep,” says Øivind Slaatto.

He believes that concepts such as The Orb and Phillips Hue herald a future in which lighting will be modelled so it is geared to serving a specific function. 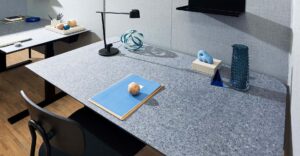 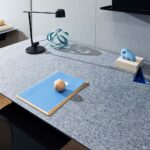 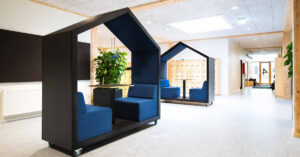 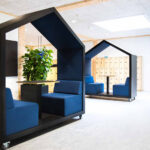 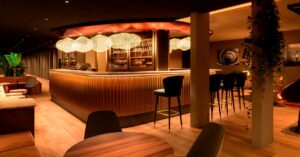 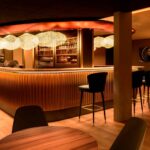 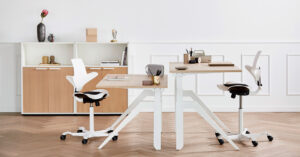 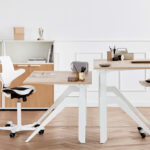